I've never had this happened and I've added literally never had  this happen (well that I know of since we just started getting tracking of this stuff.)On the latest episode of Empire there are flashbacks showing how Jamal and Kai met and during their dating, Kai reveals that he is HIV positive. I tried adding the keyword "hiv-positive" but now see this is the status.KEYWORDADDITIONhiv-positiveReasonNot enough evidence.

Since there is no way to submit evidence, I'm not sure what this reason really means. But, a google search shows that this is the valid storyline in the episode, as you can see from the NYT article: https://www.nytimes.com/2018/10/31/arts/television/empire-jamal-jussie-smollett-kai-hiv.html

That didn't sound right when I read it. Sorry, that's the comedian in me coming out! LOL. I never admit to being P.C. 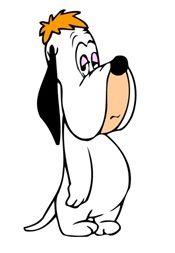 HI, Adrian. Would you do the IMDb site authorities a favor and post the 18-digit reference number of the pertinent keyword addition, so that they can look it up when time comes for this GS topic to be processed?
(Edited)
2018-11-02T21:47:47+00:00

Please can you provide us with your submission reference number for this item and we can look into this further for you.

I've re-reviewed your submission now, as a result have actually approved this to the website now.

Apologies for the inconvenience.

Interestingly enough, I was able to add this same keyword to an episode of "How to Get Away with Murder" with no problem.