Live Poll: Namor, The Sub-Mariner, Who Should Play Him?

Yes, with the 2 or 3 hints in Avengers: Endgame” (2019) that it is plain that Disney and Marvel Studios has resolved the film rights leasing issues with Universal Studios over Namor and that Namor, The Sub-Mariner is finally coming to the screen in a live action movie. Who would you like to see play him?

If you was to see why somebody chose him, or suggest one yourself (and please give a reason why (it will make the discussion more interesting)), go fishing here. Personally, I’m only going to start this list with one name and owning up to it. Only the suggested names will be listed here.

Oh, the hints that Namor is coming? 1) Okoye saying that the seas are opening up, especially the one in the Atlantic and Pacific, 2) a mark on a map in the middle of the Atlantic Ocean right where Atlantis is, 3) an audio clue at the end of the credits which I had interpreted as the sound of the bell people put on top of anchored buoys (as well as a light beacon) to warn ships of sub-merged reefs.

I chose Keanu Reeves because when wet, he looks like Namor! He definitely play Namor’s cold aloft attitude. The problem is that his all so clear lay back Method style of acting will allow him to play the rage and commanding parts of Namor’s personality? That is the question. He has handled the Shakespeare style of lines that Namor speaks in. Yes, Reeves can do Shakespeare.
2020-05-24T22:05:51+00:00

Why isn't Alexander Skarsgard in poll? He is more suited to the part that his brother Bill. And that guys looks badass in and out of clothes (He played Tarzan after all) He was amazing as Viking vampire king Eric Northman in true blood. He will have authority to play Namor and also play a mood as changing as the sea.. I have also seen him portrayed by Luke Evans in fan art. Not bad..  If I can't pick him I will pick his little brother but I am not convinced :p
(Edited)
1 year ago

If it comes down to Reeves doing Shakespeare, I don't see it.Sorry Reeves has one style of speaking. He went to a voice coach to get where he is now. Same thing that Clint Eastwood went through. Remember his voice as Rowdy? He got a coach and he has had one and only one style of speaking since.I do voices. Lots of em! But my natural voice is like nails on a chalkboard. To use my altered natural speaking voice I speak from the diaphragm. Softer and at less volume. Just as Eastwood and Reeves do. To do Shakespeare requires that you use levels of emotion that change your tonal quality.It is like singing almost. If you have a one note voice.........Shakespeare is beyond your capabilities.Take it from me.......I do a lot of accents and voices, and Shakespeare is beyond my talents. At this time that is. With a Coach I might be able to pull it off.I remember a very poorly remade The Music Man (2003) with Matthew Broderick. He has that nasally voice that Eastwood, Reeves and I used to possess but have learned to quash.So if your asking Reeves to have the range required, there is no way.Hey did it finally warm up there?Cheers
2019-05-18T22:20:27+00:00

No, still rainy.
1 year ago

Somebody is drinking your cool aid!!! 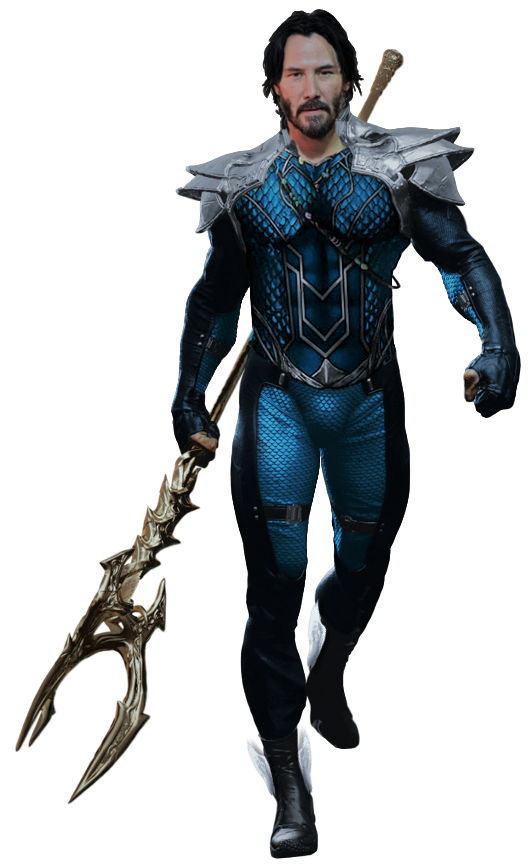 Hmmm, a not to shabby choice with Daniel Dea Kim.
I too thought of Zachary Quinto but in a hilarious off hand way. After I had posted this list, I had read an article on the problems they will have with Namor’s back story if they bring him to the screen because in the comicbooks, he fights along side Captain America in WW2 while the movie canon says only human and land superhero’s fought the war in MCU (Marvel Cinematic Universe) and explain Away why he hasn’t shown up before now. I had thought, no problem. There where submarine warfare and naval warfare. Namor didn’t have to go on land or stick his head above water to fight those. And ships disappear on the ocean every year, especially in the Bermuda Triangle. Yup, Namor is the reason. Then I started thinking all the movie endings Namor or Aquaman could mess up if they were around.
Titanic - nobody drowns because Namor saves everybody.
Jaws - Namor sink’s the boat because they were hunting the shark.
Pirates of the Caribbean: On Stranger Tides - Namor orders the mermaids not to attack the boat. No mermaid attack, no captured mermaid, no mermaid’s tears, no ending.
Amsitad - Aquaman and Namor save all the chained slaves from drowning after the slaves were tossed off the ship.
Mobs Dick - no question both Aquaman and Namor are going to side with the whale and take out the ship that was engaged in killing whales.
Free Willy - Yeah, Namor did that.
Pirates of The Caribbean: Dead Nen Tell No Tales - do you honestly think Aquaman is going to let a bunch of pirates get a hold of Poseidon’s trident. No Way!
Then I had thought of “Atlantis: The lost Empire” which stared Leonard Nimoy’s voice as the king of Atlantis. Of course thinking of Nimoy brought up his famous role of Spock and how much Namor looks like a Valcan. Of course Quinto took over the role of Spock from Nimoy. That was how I came to think of Quinto but I couldn’t use him because I said I was only name one actor for the list. I had to wait for some else to suggest him. Thank you, NDbportmanfan
2019-05-19T05:09:25+00:00

It has been pointed out in Iron Man 2 that Shield is aware of the suspicious activity that may be Atlantis. I also have a hunch Namor teamed up with the Winter Soldier for a time.

I see you had posted the mark on the map clue. Kudos. Good job!
1 year ago

Typo: "If you was to see why somebody chose him"

Edits are done.
1 year ago

I immediately thought of Zachary Quinto. I would like Keanu Reeves for the role, if this movie was made thirty years ago. FYC, I think you should add more young Asian actors to the list. I would not be surprised if Marvel goes that route, as they have been consciously trying to diversify their superheros. Also, it would make sense, as the movie might do better internationally with population of Asia currently sitting at 4.463 billion people. 'Shang-Chi': Marvel's First Asian Superhero Movie; Dave Callaham To ...
2019-05-30T00:36:18+00:00

As I had said at the beginning, I was going to limit myself to 1 entry. This because I want as many suggestions from the pollsters as possible. If you or anyone else have particular “Young Asians” in mind, please suggest them.

Now let me put this way out there possibility out there. Since Namor is usually dressed in nothing more than a speedo and show a lot of skin and his physique is that of a swimmer, they might go with a pro-swimmer who can act. They did that with Tarzan. Johnny Weissmuller, the most famous Tarzan, was also an Olympic gold medalist in swimming!
(Edited)
2019-05-30T00:45:39+00:00

I sort of could see Michael Phelps in the role. I think he has an established fan base, Plus, he is popular and well-liked by the general public. Can he act???  Will Michael Phelps play "Namor the SubMariner ... - ShowBizCafe.com I was thinking a 20-ish-to 40-ish, Japanese or Chinese descent, martial arts trained, action movie star. Someone who is up and coming and has an established oversees fan base. I think that would fit the bill and check a lot boxes for the studio heads at Marvel.
(Edited)
1 year ago

'Good poll and intro.May I suggest a few small edits to the title and beginning of the intro? ('below in bold)Namor, The Sub-Mariner: Who Should Play Him?

Yes, with the 2 or 3 hints in Avengers: Endgame (2019), it is plain that Disney and Marvel Studios have resolved the film rights leasing issues with Universal Studios over Namor and that Namor, The Sub-Mariner, is finally coming to the screen in a live action movie. Who would you like to see play him?

Oh, and if you want it to be considered for the homepage, the "The" in the title shouldn't be capitalized.

Btw, you once again have great link-back text: "go fishing" is so good. You've got a serious knack for that. I wish I did. ; )

I often try and every now and then it works but not usually, lol. I do think that what you have is a talent. : )
1 year ago

FYI, you have the wrong Micheal Phelps listed. the correct Michael Phelps (I) for the Olympic swimmer is https://www.imdb.com/name/nm1711727/?ref_=nv_sr_1?ref_=nv_sr_1.You can correct it on the list and request a re-push @ FAQ: Poll Authors - Re-Push Requests.
(Edited)
1 year ago

Preferably someone athletic and muscular. In 80 years of comic book appearances, Namor McKenzie the human-Atlantean-mutant hybrid frequently appears in either swimming trunks or nearly naked. And he has enough of an athletic and muscular physique to stand out in any setting. See here for example his appearance during a crossover fight with Aquaman: https://marvel.fandom.com/wiki/File:Namor_McKenzie_(Earth-616)-Marvel_Versus_DC_Vol_1_2_006.jpgAnd he is supposed to be a rather tall man. The handbooks gives his height as 6 feet, 2 inches (1.88 meters).  The exact same height as his frequent allies Captain America/Steven Rogers , Dr. Doom/Victor Von Doom, Dr. Strange/Stephen Stranger, as well as his former ally Magneto/Max Eisenhardt.
1 year ago