Who would win in a fight: Superman or Shazam? 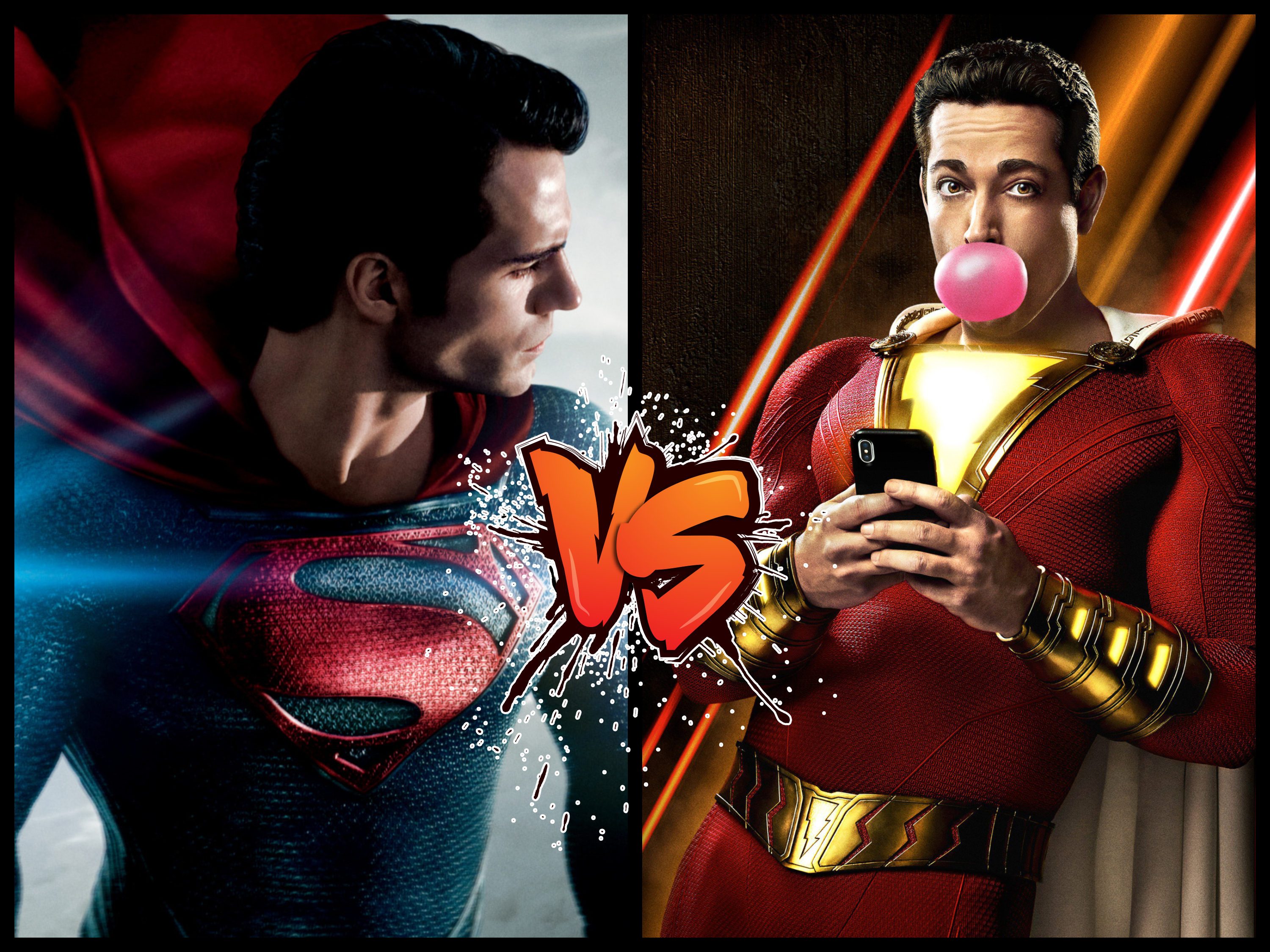 In his various portrayals, Superman resides in a fictional American city named Metropolis, and on June 9, 1972, the Illinois State Legislature passed Resolution 572, declaring Metropolis, IL, the "Hometown of Superman".[13]

The city has a 15-foot painted bronze statue of Superman which sits in front of the county courthouse, and a statue of Noel Neill's Lois Lane from "The Adventures of Superman" stands just a few blocks away.

Each year on the 2nd weekend of June, Superman fans from all over the world gather in Metropolis[14] for their annual Superman Celebration, which features celebrity guests from movies, television, and the comic book industry. The 4-day annual celebration also boasts vendors selling food, comics, homemade crafts, and other merchandise, as well as discussion panels, auctions, a costume contest, and a variety of other events throughout the weekend. The first such celebration was organized by local civic clubs and took place in June 1979.[15]

I rather continue my monthly bump.

I bumped this now 'cause I noticed IMDb celebrating it on Twitter.
3 weeks ago

Superman.  I don't read comics, but I've seen a lot of comic-book movies.  In these, overall, Superman has stronger powers, is smarter (he's an actual adult, after all), and he's had better movies, to boot.  The first screen Superman in the cartoons wasn't too invincible, although that's where he seems to have learned to fly, but by the time of Christopher Reeve, he's a bloody space and time traveler and can put bricks in the Great Wall of China back in place with his mind.  The latest Shazam! flick, the kid can't even hear the baddie give his speech when he's floating too far away--and even he's more powerful than the original Captain Marvel from the 1940s serial.  Marvel's Captain Marvel might give Superman a run for his money, though.
2020-06-26T06:38:02+00:00

Yes, judging from the way they were presented in the movies, Superman would definitely win. But believe me, that's not the case in the comics.

Shazam has magical powers and Superman is vulnerable to magic. This is an important factor everybody seems to miss.

I voted for Superman, though. 'Cause in a friendly fight, Shazam might win but in a deathmatch, Superman would destroy him.

Also because, if it's not a face-off, Superman can easily attack Billy Batson when he's not in his Shazam form; cheating but easy victory, xD. However, Superman would never do something like that unless the fight takes place in the Injustice League universe.
2020-06-26T10:02:08+00:00

Yeah, I'll take your word on the comics.  Especially regarding the magic vulnerability, which we see none of in ﻿Justice League﻿ where after Supes handily beats up the rest of the league, he easily stops those magic boxes and dispenses with Steppenwolf.  Seems the only thing Superman can't do in movies is that which he hasn't thought of doing yet.
1 week ago

Never said I like either of them. I loathe comic book movies
1 week ago

A simple (if cynical chart) to answer this relatively simple poll.

Based on the two movies (referenced by the poll and the evidence these two particular films provide.Shazam will be brutally murdered by Superman. Maybe if this question was asked after the second Shazam film and the protagonist gets to learn and develop more of the character's iconic power set? He might have a better chance to challenge and even beat Superman. As it presently stands?Superman for the very violent (uncharacteristically so) win. Thanks, Zack Snyder. This is someone who previously rated Man of Steel a 9/10. Recently downgraded to an 8/10.(To address the issue of my shoddy chart, the first column should have reflected with a better rewording of which character has a greater sense of experience dealing with hostile villains)
(Edited)