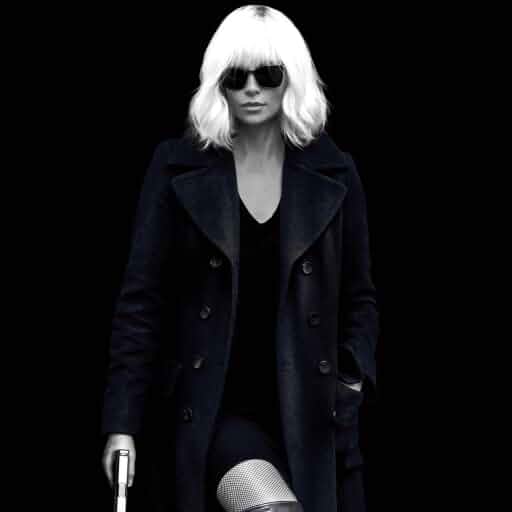 Added, thanks!
3 months ago

Added, thanks!
3 months ago

Added, thanks.
3 months ago

It's really tough to choose just one character... There are quite a few close contenders...

I added the first one, thanks!
3 months ago

I made it all bolded
3 months ago

"Female character" is pretty broad, it covers literally tens of thousands of names.Personally I can't name any of the "I'm hot but I also kick ass" type of superheroes or gun / sword wielding characters. While they look cool onscreen, they are often shallow copycats of each other. I like to see a little more depth into the character, a motive, about why he / she is the way he / she is. Clarice Starling stands out in this aspect. I also liked Sheriff Brody's wife in Jaws and Adrian in the Rocky films, although they were far less developed.As someone above said, it should take some time to make a proper pick, but off the top of my head I can name these:- Anna Magnani in The Secret Of Santa Vittoria (this would be my no. 1 pick for now)- Irene Papas in The Guns of Navarone- Adrian in Rocky- Mathilda in Leon- Ellen Burstyn in The Exorcist- Stands with A Fist in Dances With Wolves- Glenne Headly in Dirty Rotten Scoundrels (may she RIP. I always had a fondness for her)- Not really a favorite, but a very impressive female character was the senator's daughter in the pit in The Silence of The Lambs. I really admired the way she turned out to be ballsy, despite probably  being raised a privileged kid, and that she turned the tables on a psychopath.- The princess in Kurosawa's The Hidden Fortress. Although she was screaming literally for the whole movie, she oozed a weird attraction. (inspiration for Leia)- I also heard great praise for Sophia Loren's character in Two Women, but haven't seen it myself yet, so I can't comment on it- The girl in True Grit (sorry, can't remember her name)- Allison Sheedy in The Breakfast Club (really, is there anyone who hadn't fallen in love with her?)- Shosanna in Inglourious Basterdsedit:

Funny story about me and that movie Hanna (not that anyone cares, lol, but here goes):I rented it and watched it a few years ago only because the actor Christian Malcom, who is best known (and by best known I mean best known by MST3K fans) for playing Troy, the seemingly wimpy teenager in 'The Final Sacrifice', a film that was hilariously riffed on MST, was actually in it!  I watched the whole film (which I did not like, but that's not the point) and there was no sign of him.  The credits rolled and I saw that he played some military guy close to the beginning.  I rewound it and saw him - it was about 1.5 seconds and he had a mask on.  :/  Besides being disappointed about the shortness of his part, I realized that now HE was playing the masked thug going after the kid!  (Because you see in Final Sacrifice, he was being chased by masked thugs...)  And now I have wasted your time by telling this story that is only amusing to 16% of the population.  And for that I am sorry.

Thank you, Paok.
2 months ago

You are welcome! Since you pick a female you could choose your favorite male character if you like herehttps://getsatisfaction.com/imdb/topics/poll-suggestion-imdb-poll-board-favorite-male-character