It Does Not Work in Internet Exoplorer 10 on Windows 8

To view the product in Internet Explorer 10 Metro has failed. The website insists that Silverlight is not installed despite several attempts. It views correctly on the IE 10 Desktop but not Metro.
Is this an IE problem or Photosynth? 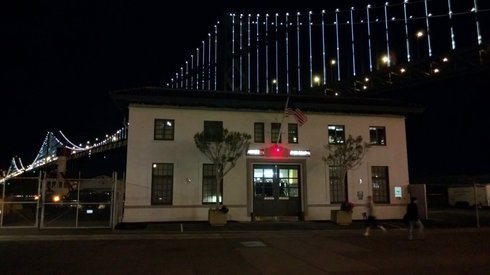 The Metro version of Internet Explorer does not support any browser plugins at all, except for the baked in Flash (e.g. updated at Microsoft and Adobe's discretion and not affected by whatever versions of Flash you've installed manually on the desktop).

Technically it's not an error, but you're right - it is a problem.

It's a side effect of the Internet Explorer team's choice to only support web standards technology instead of developing proprietary technologies to improve the web that won't work on all platforms (think XBOX or Windows Phone, iOS and Android devices, Linux, etc.).

As an illustration of this, Silverlight development stopped back in December of 2011 with the release of Silverlight 5. Microsoft got tired of trying to fight a losing battle against Flash when Flash itself is going away, due to it not working on Windows Phone, iOS, and Android - not to mention XBOX, Playstation, Wii (U), and a thousand other custom devices.

This leaves users like you and me stuck, wanting to use cool things from Microsoft like Photosynth, Virtual Earth 3D, HDView, Worldwide Telescope, Seadragon, etc. that require hardware acceleration by a GPU to be done correctly but finding that although they worked in a browser in the past, via a plugin, all new Microsoft platforms only support what can be done via HTML5 - and the things that can be done in HTML5 are pretty brutally limited.

I have yet to see any HTML5 Canvas demo that would lead me to believe that a photosynth viewer (of equal or better quality than the original Direct3D Photosynth viewer) could be pulled off in HTML5, CSS3, and Javascript alone.

The Photosynth team has made a rudimentary HTML5 panorama viewer that works on:
IE 10 Metro on Windows RT,
IE 10 on Windows Phone 8 (but not Windows Phone 7, since it is stuck with IE9 without the necessary CSS3 3D Transforms support),
and Mobile Safari on iPod Touch, iPhone, and iPad.

Since they've made it work on IE 10 Metro on Windows RT, they should definitely do this on IE 10 Metro for Windows 8 as well and I've told them so, but there are no results as of yet.

Unfortunately, their HTML5 panorama viewer does not have all the features that their Silverlight viewer has and (most importantly to me) it does not open photosynths at all.

Regrettably, Internet Explorer on XBOX is IE9, not IE 10, so it joins Windows xp, Windows Vista, and Windows Phone 7 in lacking CSS3 3D Transforms support, so that even if someday a Photosynth viewer is made in "HTML5", it probably won't work on any of those Microsoft platforms, since Microsoft will not spend time or money porting IE 10 or 11 back to their older operating systems.

Unlike XBOX 360 and Windows Phone 7 users who only get the web browser that Microsoft gives them, Windows xp and Vista users can at least download other web browsers which support CSS3 3D Transforms and even WebGL (an older version of OpenGL that is supported by Firefox, Opera, Safari, and Chrome, but which Internet Explorer does not yet support). It is the closest thing to a true 3D graphics web standard that there is, but it is controlled by the Khronos group which oversees OpenGL development, not WC3 who writes the HTML and CSS specifications. The Internet Explorer team claims that there are too many security risks to support WebGL yet, but they will have to eventually.

This puts the DirectX team in an uncomfortable situation. Microsoft naturally wants DirectX to thrive in use and they originally developed it because OpenGL was taking too long to update and was not getting all the performance from the hardware that was possible. Microsoft only ever made DirectX for Microsoft platforms like Windows and XBOX, but that was fine because they had a majority share of the market - meaning that most people could use any 3D graphics application that used DirectX.

In today's world, however, where Microsoft no longer has majority marketshare in the new marketplace of mobile Internet-connected devices, it is harder for them to insist that game developers, etc. only use DirectX for 3D graphics. Programmers can use OpenGL to make a 3D application or game that will run, mostly unmodified, on Windows, Mac, Linux, iOS, Android, Wii, Playstation, etc. - and now with WebGL - any device that is connected to the Internet and has a modern browser that supports WebGL.

Writing in DirectX only gets you running on Windows, Windows Phone, and XBOX, which is a smaller percentage of total devices every year. I'm sure that the DirectX team would like to enable developers to write 3D web apps using DirectX, but they have not announced a web version of DirectX and even if they did, there is no guarantee that Opera, Firefox, Safari, or Chrome would support it. What is more, Microsoft has never made DirectX for non Microsoft operating systems, so when web developers are making their 3D web app and if they actually had a choice between creating one that will run on almost every browser except Internet Explorer and creating one that only works Windows 8, Windows Phone 8, and XBOX 3rd Generation - it's a no brainer - you go with the one that will allow you to reach the most people the fastest with the smallest amount of work.

It has to be frustrating because in today's tech landscape, apps are king over a website. Apps allow developers to not be held back by the limitations of web standards graphics technologies and instead use real hardware accelerated 3D graphics. Bizarrely, though, on Windows 8, the Bing apps instead go backwards and choose to only use web standards graphics tech, meaning that there is no Bing Maps app for Windows Phone or Windows Store with a beautiful 3D globe like they had with Virtual Earth 2005 - 2010. Instead, it's a crappy HTML5 control in the Maps apps on Windows 8 and Windows Phone.

On the other hand, developers of native apps through the Windows Store, Windows Phone Store, XBOX LIVE Marketplace, Apple's App Store, Google's Play store, etc. are forced to pay a percentage of their profits to the store owner and in the case of Apple's app store are forced to even pay Apple a percentage of their ad revenue or in-app sales. If the web standards graphics tech could ever be as good as writing an OpenGL or DirectX native app, then at that point you don't have much incentive to put your app in anyone's store anymore because your website is just as good as any native app and you don't have to pay 30% of your profits to anyone. This also solves having to rewrite your app over and over for three or four different mobile operating systems.

If web standards do reach that level of quality and web standards tech really does work equally well in all browsers, then all of the heartache of being on a platform that an app developer refuses to commit time to support goes away. Android users who are waiting for Photosynth's mobile panorama app can understand the goodness here or Windows Phone users who are tired of being left out of being able to upload photos to Instagram, etc.

On the other hand, if we do reach a point where a web app is just as fast and visually impressive as a native app, then it doesn't matter what operating system you're using anymore and this has to be somewhat concerning for Microsoft's Windows teams - which may explain why Steve Ballmer announced that Microsoft was changing their strategy from being a software company to a devices and services company.

Clearly, being able to create specific hardware to run your software correctly is important to your end users having a good experience and also, if you create services which run across all operating systems, then you can remain relevant to people, regardless of whether they're running Windows or not.

Anyway... sorry for wandering off topic a bit. I hope I answered your question at the top. Some of this is just me thinking out loud and finding resolution to a few things that have been bothering me for a while..
7 years ago

Thank you for a comprehensive reply.

Photosynth is currently working on their WebGL viewer since Internet Explorer 11 has launched with WebGL support.

They have launched a beta or 'Technical Preview' to give users a look at what's to come, but their new viewer doesn't open photosynths from the original or stitched panoramas from Microsoft ICE or Photosynth's mobile panorama apps yet.

Instead, there are four new synth types which are technically subcategories of original photosynths: Spins, Walks, Walls, and Parallax Panoramas (where the photos are not merged and blended).

They do say that they plan to support stitched panoramas in their WebGL viewer in the future (which is good news for Internet Explorer 11 users on Windows 7 and Windows 8.1) but they report that they may not port the original Photosynth viewer to WebGL which is disturbing to me since Silverlight is not usable on the Metro IE on desktop, tablet, phone, or XBOX or on older versions of IE on Windows Vista + XP.

Thankfully, some months ago they did add support for their HTML5 stitched panorama viewer to Metro IE on Windows 8 and 8.1

If you'd like to try their preview of 'the new Photosynth' or 'Photosynth 2' as it is informally called, then visit http://photosynth.net/preview

If you'd like some insight into the development history, I recommend Eric Stollnitz' talk from MIX '11: http://youtube.com/watch?v=lGCoYVCzWT4
Additional video demos listed at http://bit.ly/spinmovies